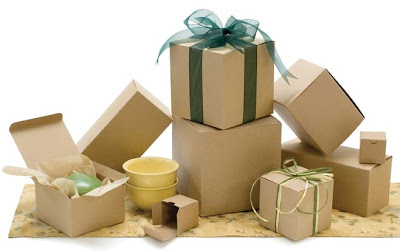 A couple of weeks ago, my boyfriend Jt surprised me at my apartment with a box of Royce chocolates. I was studying for the bar examinations then, so I wasn't expecting him at all. Also, in the almost 3 years that we've been together, he'd never done anything like that, so it was a pleasant experience.

(Back story: He told me about an old date who used to surprise him in his apartment with flowers. I jokingly asked him why he'd never done anything like that for me. He said I've always told him I never liked flowers. I told him it wasn't that I didn't like flowers, in fact I love them, I just don't see why you'd give them as presents when they would die in a couple of days anyway. Hence, the chocolate, and the surprise. I think he thought of it as a compromise.)

So, anyway, there he was, and I practically squealed like a little girl (which, uhm, I normally do not do.) Many hugs, many kisses, to the probable embarrassment of my younger brother who lived with me, and his then visiting boyfriend. Still, who cares? It was a nice gesture in a relationship that had existed for practically forever (at least for me, my relationships before had a short shelf life.)

Anyway, I told this story to a few of my friends. My friend Chad told me that that was cool, but then segued into an annoying ritual a co-worker of his did with his boyfriend.

Apparently, the officemate loved to update his status in Facebook with mushy messages and public declarations of love directed to, of course, his lover. Which should be okay, except he did it everyday. They also sent each other flowers everyday, trying to top the bouquet the last one gave to the other, until the most current bouquet grew to three dozen.

My friend said that, though he thought they did love each other, these public declarations of affection were more of a show for other people, and not really a sincere effort on their part to show appreciation for the companionship one offered to the other. I agreed at first, but now I think I must qualify. It is probably both. They wanted to show appreciation, and they wanted to show off. But who cares? That is what happiness does. It makes you goofy and mad.

We also agreed that it's probably not a good idea to do something like that everyday. At some point, it loses its value, and the person whom you shower such presents would stop thinking of them as gifts, but would consider them as entitlements. Which would not be a good thing. It's one thing to show appreciation, and another thing to spoil.

Anyway, a few days later, Jt showed up again on my doorstep, this time with a loaf of banana bread from Cebu from this quaint bakery which I adore. I still appreciated the gesture, but there was less fanfare. I told him about the discussion I had with my friends, and he said he agreed. He confessed that he was debating in his head earlier whether to surprise me or not because he didn't know if I would appreciate the gesture as much. I told him he can surprise me anytime he wants, and that for both our sakes, I would be the appreciative boyfriend every time.