I Like Dogs But Sometimes I Want to Kill Dog Owners 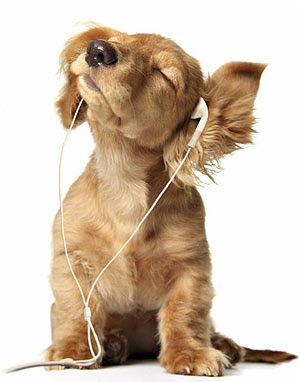 There was a day, not so long ago, when I found myself walking beside the row of commercial outlets next to my apartment building. I just had dinner, chicken fajitas with a side of salsa, and was pretty content with the world. This cute little boy with a gorgeous father (whose shirt said that he was a jiujitsu master) was distracting me. He was making weird faces, so I made weird faces back.

Then it happened. A soft, squishy sound.

I just stepped on dog poop.

And good lord, not even the hard, normal kind. It was watery and gross and well, just plain yucky. There was so much of it that my flip flops were rendered incapable of shielding my foot. I got crap on some toes.

I wanted to shoot the goddamn bastard who was walking his goddamn dog with an obviously upset goddamn stomach and who wasn’t civilized enough to bring a goddamn bag to pick up his own goddamn dog’s crap.

So I walked back up to my apartment and stopped by the parking area to wash some of the stuff off, fantasizing about ways I could get back at my obviously irresponsible neighbors.

There ought to be a law.

One fantasy involved me picking up the dogshit, heading to the perpetrator’s apartment, knocking on the door, and then saying, as soon as he (or she) opens the door, “Hey neighbor, I just realized you dropped something. Here’s your shit back.” Then I’ll throw it at him.

(I can set it on fire first for a more dramatic, theatrical experience).

Something similar happened again a few weeks ago, when JP and I stepped into our building elevator to head to work. This time a woman with a jittery, nervous smile was wrangling with a small, restless and frustratingly excitable dog, which was running all over the small space.

We didn’t mind them at first, and actually thought the whole thing was adorable, up until the small dog decided he wanted to make the elevator his own personal toilet, and started peeing all over the place. Perhaps it was naïve of me to believe that the woman would take responsibility for her dog’s, well, pee, but she instead just gave a quiet nervous laugh, offered us a small smile, and stepped out of the elevator as soon as she reached her floor. I wanted to throttle her.

We ended up going to work slightly smelling of dog piss.

I didn’t know someone had to actually publicly say this, but guys and girls, here’s the cardinal rule of pet-ownership: pick up after your pets. If you think that’s gross, or you can’t handle the responsibility, then don’t get a pet in the first place. You’re just giving all pet owners a bad name. And you’re making us non-pet owners want to strangle you.
Posted by Fickle Cattle at Wednesday, August 25, 2010